Finding the Proof You Need

To Protect and Secure Your World

We are Premier Group International

Our mission is to deliver professional executive protection and investigative services unparalleled by any other provider in the industry. We select, train and retain only the most qualified and talented personnel to deliver uncompromising results. Premier Group International vigilantly defends our clients, their assets and above all else, their reputation with the utmost discretion and integrity.

When you need it most

Managing and mitigating risks or threats to you, your family or business is PGI’s mission. We define risks as the possibility of losing anything of personal or intrinsic value. These losses may include loved ones, employees, proprietary information, business facilities, your reputation or even your life. Recognizing your vulnerabilities and taking the proper steps to avoid having them exploited is our number one priority.

Police don’t have the time or manpower to search for every missing person or follow every lead. Let PGI take up your cause. From tracking down a missing family member to uncovering information that could lead to a favorable outcome in a legal matter, PGI’s investigators are ready to work for you.

We've got your back 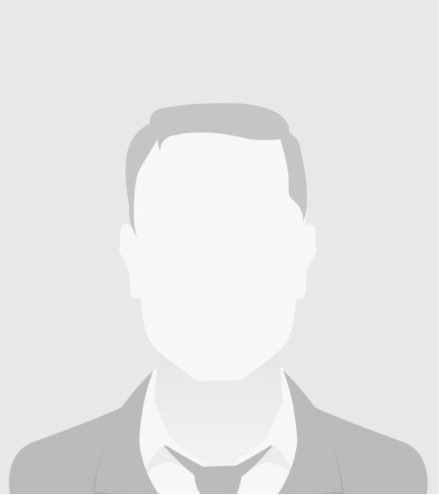 Joe and his team are the VERY best at what they do. They handle your situation with such care and instill confidence and hope in whatever you may be going through… I recommend them to everyone! Thank you PGI for all your help. You guys rock.

Joe was recommended to me from a process server I used. I had a difficult time getting a judgement from a company I sued. He took the time and spoke with me on the phone, providing me with several detailed reports, which were very helpful. I could tell that he was truly interested in helping me and not just interested in payment. Highly recommend him any time you need some info that you are not able to obtain on your own.

Wow! One call and papers were served in two hours. Entire process was easy, and Joe kept me in the loop the whole time. Cannot say enough about how grateful I am for the quick turnaround and professional service. With gratitude.

Joe did an excellent job of doing a thorough background check on a nanny candidate we had. He really took the time to ask the right questions so that we would be satisfied with his services. He went above and beyond and did some extra work to find out more information on this potential candidate. He talked us through the things we should be looking for. I highly recommend using Premier Group International.

Joe and his staff are wonderful. He handled the situation with tact, professionalism and kindness, which was much needed in my situation (custody issues). He has been flexible, very accommodating, and I highly recommend them to anyone.

You are an Angel!

It was an absolute pleasure having Joseph work on our case. He was extremely professional and polite who provided updates in a timely fashion. His positive and confident attitude helped to put us at ease through a very stressful and emotional time. I highly recommend Joseph to anyone who is looking for a competent and capable professional PI.

What a blessing you have performed. All I can say is: THANK YOU!

Premier Group International helps me with all my workers’ compensation claims investigations and SIU filings. In the 25 years I have been in claims and risk management, they have been the only firm that gets results timely with accuracy and without excessive spending. They are always available for rush assignments, holidays and go above and beyond with customer service. Even their office staff, Meg & Jillian has always been friendly, helpful and accommodating.

Investigations would include background services, surveillances, review of claim files, and review of applicable police reports and obtain statements. I found that Mr. Dalu’s firm was always thorough and timely when conducting these investigations and as a result, often found and discovered facts and information that was not known to us during the filing of the claim. This information was at times instrumental in limiting our client’s exposure and thus reducing their liability.

PGI also interacts with Counsel and would often advise and discuss strategies in the litigation of such claims. I highly recommend Joseph Dalu and his Firm to anyone in need of their investigative services.

My family and I were in search of our missing son, Chris. We filed a missing person’s report with the local police department where our son lived. Their investigation produced negative results in which they subsequently placed their investigation in abeyance deeming my son an official missing person without further or unusual circumstances. We reached out to Premier Group International and spoke to Private Investigators, Joe Dalu and Chris Heuberger. They not only took to heart this case and handled it as if were their own family member, they were professional, diligent, and meticulous, coupled with determination to find what happened to our son.

Through their investigative efforts, they not only discovered suspicious and unusual circumstances involving our son’s disappearance, they surmised based on physical and circumstantial evidence that our son was possibly murdered and were instrumental in having the case reopened. PGI orchestrated efforts with two different law enforcement agencies, in which an arrest was made for the murder of our son.

We can’t thank Joe and Chris enough for their hard work and compassion in finding the truth on what happened to our son making it possible for justice to be served.

It is with great pleasure and enthusiasm to endorse Premier Group International. I am a claims examiner for a Third Party Administrator and have worked with Premier Group for several years. During that time, they have distinguished themselves as the most conscientious investigators in the field. I have enormous respect for their pride in their work and the positive results that they are intent to provide us with and in fact produce.

After completion of an assignment, they personally hand deliver the finished product as they are aware of how important timeliness is in this business. If we have a rush request, which seems to be most of the time, they never hesitate and always accommodate us. Their creativity, resourcefulness and ability to achieve our requests with such efficiency continue to impress me. I have referred Premier Group International to other claims examiners and to other insurance companies. All seem to have the same experience dealing with Premier Group.

I urge you to carefully consider Premier Group International. They have been the best choice for all my investigative needs.